War and Carbon: The Dual Destruction 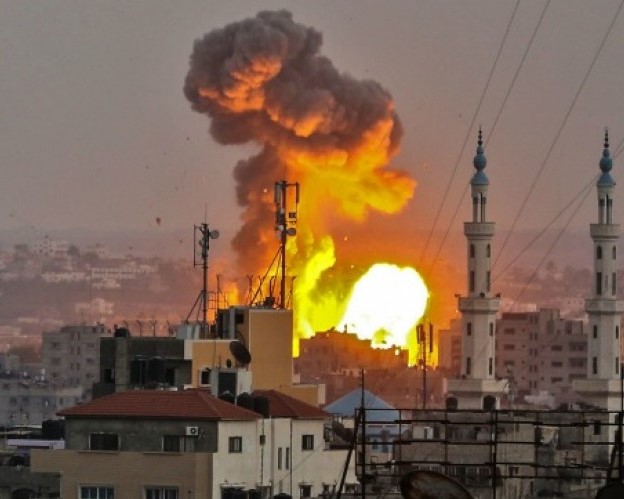 To the pacifist friends of mine, I know! The carbon footprint of a military operation is the least thing we should worry about. But have you ever given it a thought? What is the Carbon cost to “keeping the world safe”? What is the Carbon cost of keeping the world order and the superpower status, and “spreading democracy” around the world? Kindly note: This article is not a request to invest more on defence spending to build eco-friendly killing machines. It is to show the value of peace from an environmental perspective.

Let us take a look at the world’s military superpower, the United States. They had a spending budget of close to a trillion dollars in 2020! That is almost five times that of the nearest competitor- China. Now let us try to understand where that money is being spent. Around 40% of the 2019 budget went towards the operation and maintenance of the highly inefficient equipment used by the military. I’m sure it has only increased since then!

A study from 2017 showed that the US military bought over a quarter of a million barrels of oil a day and that just the fuel consumption alone would put them on the list of the top 50 polluting countries in the world- i.e. if they were a country. As it is very difficult to get consistent data from the Pentagon however, we could make an estimate by using the data from its European allies.

The EU military carbon footprint, according to a report commissioned by the Left group in the European parliament, amounted to 24.8 Million tonnes of CO2e in 2019. The military budget for the same year was around 220 Billion US Dollars, which is almost a fifth of the US military spending. Please note the European manufacturing processes and operational electricity consumption have lower carbon footprint than their American counterparts. This pushes the American military to occupy almost 0.5% of the global carbon footprint- that makes it into the top 25! But wait, another report from Scientists for Global Responsibility cite a total of nearly 340 Million tCO2e for military-related Carbon emissions in the USA in 2017 alone. This gets it into the 1% elite club in global Carbon emissions.

What does this mean in real world terms? This means that with 1.3 million active duty recruits, the US military makes a carbon footprint comparable to twice that of the nation of Pakistan with a population of over 215 million. You should remember that Pakistani cities are notorious for their air pollution, imagine the hidden notoriety of the American military in the Middle East and Afghanistan! Again, this article is not about the indiscriminate killing sprees or war crimes committed in a military occupation. You may find that on some other articles of mine.

Although one might feel like I targeted the US military unfairly, it is only because the US military accounts for almost half of the global defence spending! With countries increasing their defence expenditure around the world, military is going to be one of the largest polluters and there is no stopping the train. Environmental organisations may have to go head-to-head with the defence contractors and you know who would win that battle. Here ends my rant- now we have a dual purpose ahead of us in stopping the bloody conflicts around the world and abate man’s pride and greed.