Teaching 500 Million Kids to be Environmentalists: An Indian Story 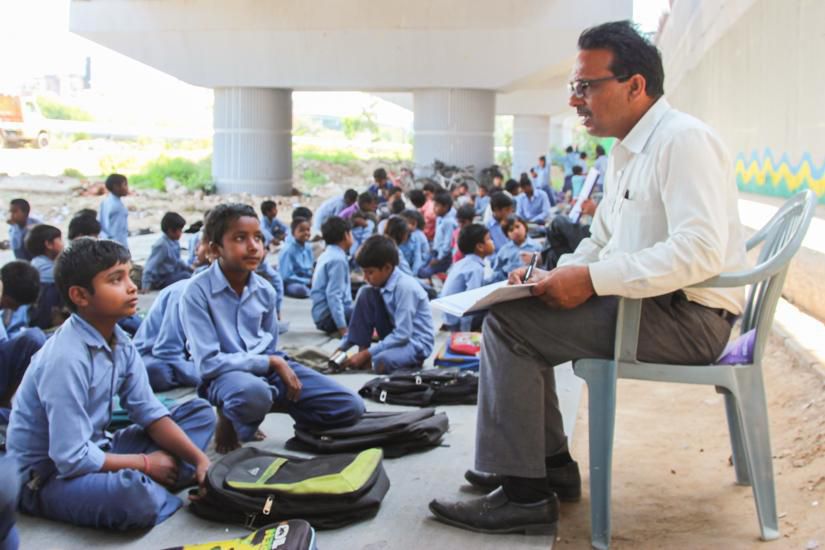 Growing up as an Indian, being thrifty was always a part of my childhood and made me who I am today. Every Indian parent worries about their child wasting food, money, energy and even time. An ancient culture of preserving prosperity and a modern revival as an ex-British colony can be attributed as some of the many reasons for the conservationist ideology in Indians today. How do we push forward with these notions that are critically important to the sustainability of the environment when the country and its urban citizens are getting wealthier by the day?

An article in the Smithsonian magazine highlights this issue. The author talks about an urban school in the city of New Delhi teaching the underprivileged kids literature, math and environmental protection under a highway overpass. Meanwhile a few miles away, a private school student tends to a medicinal herb garden and makes bags from discarded newspaper. How do we push forward an environmentalist agenda with its core instilled in every single one of the almost half a billion population of kids? The 1.5 million schools and 875+ universities based in the country are required by the Supreme court order to teach the concepts of global warming and environmentalism. But can theory be applied to the reality?

The country needs its young generation to adapt to a world in climate crisis. The country has to back away from polluted cities and their effects on the fragile natural ecosystems around them. It is not a small task for a population of this size where a majority is still trying to break the cycle of poverty. There are many pressing concerns in the way the process of teaching environmentalism is being carried out. In remote public schools, the lack of funding and large classroom sizes mean these concepts dont leave the textbook. This brings about a dangerous class structure to caring for the environment, similar to the ones seen here in the UK and the rest of the Western world.

Indians are known for their concepts of adhiti devo bhava (Treating your guest like a God) however we need the heavily urbanising country to emulate these ancient principles in caring for their neighbours and the slums close to home. The country has many inspiring stories- from the temples in Punjab to the mosques in Aurangabad, religious institutions strive to feed the poor. As a country with a deepening chasm on the religious front, we need a lot more attention for what unites us. The media needs to spend some time looking away from ratings, profits and the monetisation of communalism and strive equally in spreading positive news about peace and nurturing togetherness. Teaching to strive for an environment where man lies in harmony with nature in these religious schools and institutions showcasing the lives of devas and prophets is a yet another way to instil sustainability.

The ancient Indian architecture was deeply integrated with nature. In my home state of Kerala, the concept of nadumuttam (A courtyard inside the house) that used natural ventilation for the rest of the house has been replaced by high-ceiling hallways in urban households. Apart from the natural ventilation, the courtyard often contained the house plants and shows how close we are with nature. These concepts must be preserved for the sake of our ancestors and the planet. We ought to embrace the nature around us, not isolate ourselves from it.