Is the US actually cutting half of its emissions? 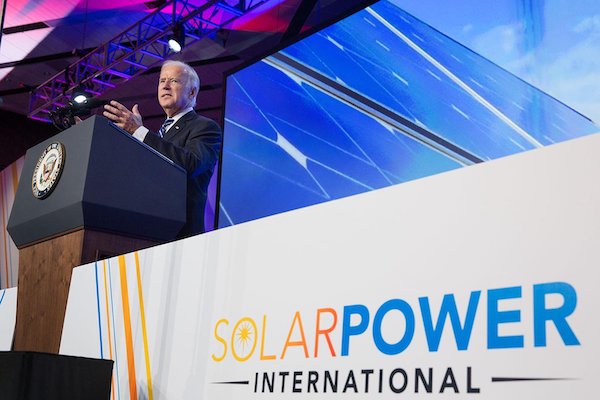 Happy belated Earth day! We woke up to the news of the world leaders convening to address the issue of global warming. The US led the event with its announcement of 50% emission reduction by 2030! For a second, I believed that the world was actually preparing to fight the climate crisis. However, the question of carbon emission cuts always depend on how far back one would go. The US emission cuts were based on its 2005 figure. Why did the US use this date while the rest of the world used 1990 as the year to be compared to?

To give you the simple answer, the US used 2005 as the start date as that was when its emissions peaked. First let’s consider how much the US really has to work on with the 2005 reference point. Shown above is a chart of the country’s Carbon emissions from 1990 till 2018.

You can see that the emissions peaked in 2005 and has since gone down by 15% till date as the energy-intensive and heavily polluting manufacturing operations shifted away from the country to Mexico, China and the rest of the world. In order to get to their goal of 52% reduction in Carbon emissions, they really need to only focus over an additional third of their 2005 Carbon emissions. A Rhodeum group report shows how this compares to their 1990 levels of emissions and how that compares to the rest of the world.

I think even reducing just over a third of their Carbon emissions by 2030 is an enormous undertaking for the government and will face strong opposition from Republican lawmakers. They often argue the US is playing on a distorted playing field and I agree with them. But my views are in stark contrast to them as the entire system of climate negotiations are in favour of developed countries beyond every imagination.

If what science requires is a zero carbon world by 2050, the developed consumer nations (pre-dominantly in the West) must go above and beyond reaching that target barely scraping through the deadline. The capitalistic narrative means that getting the developing countries to resort to zero Carbon goals will mean a perpetual cycle of poverty for these countries unless there is a drastic change in global economics and the concept of free market. So what are the solutions?

I think the first and foremost is to understand the Per-capita emissions and the per-capita income in countries as the primary factors in the discussion of climate goals. This may be a controversial opinion but we might even have to focus on penalising demand from the high-income and consumer focused countries to pay for the climate cost as manufacturing operations simply move away from China or India to another developing country if they were to enforce strict environmental regulations like that in the West.

If you are further interested in what your business can do about the climate change, reach out to our Sustainability pilot programme at Reshift.