The Pandemic: A thought exercise 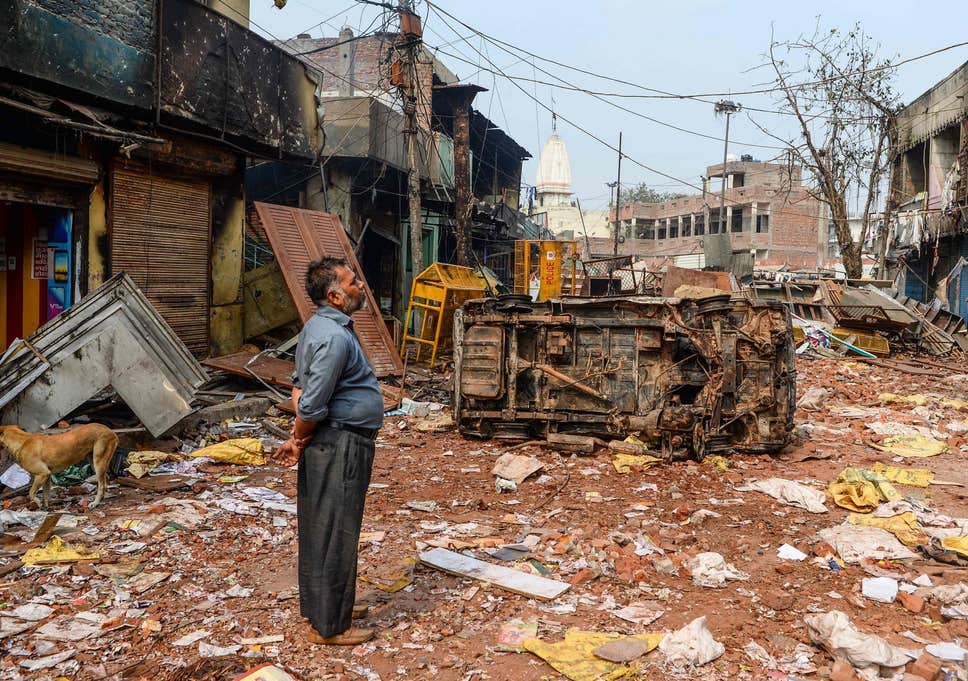 It has been over a year since the pandemic struck us and we are still in the grips of it by the looks of it. May be the pandemic is giving us more time to think as we don’t seem to have gained any inspiration from the last few waves or may be we missed out on a strong thought exercise the pandemic intended us to go on. We all know about the “China virus” but how comparable is it to the virus of fascism?

It is interesting to draw characteristics from two seemingly unrelated problems faced by mankind however, there may be more to it than you think. Fascism, like any idea, originates from a point source similar to a viral infection. It does not turn up in the same face however it runs in the same family of thoughts and one can see that the fundamental characteristics of each fascist wave in democracies around the world have had commonalities and strong interrelations.

Let us look at the propagation of the fascist wave. To cause complete havoc, it needs a few right ingredients without which it can be easily squashed down. Economic inequalities and Poor social structures could easily lead the working class into the downward spiral of ultra-nationalistic tendencies. The major factor to have opposing effects on the two viruses seems to be technology. While technology helps in reducing the impact of the pandemic, it can accelerate the reach of fringe ideologies such as fascism. However, fake news makes the problem worse on both ends.

When you look at the effects of either, both seem to affect the marginalised societies within a country. Fascism loves scapegoating the minorities for every fundamental issue in the society leading to lynching, destruction of property and fear of something worse within these communities. The pandemic has affected the poorer sections far more than the rich ones around the world- from the East to the West. The death rates among the poor vs the rich can give us the real picture in each country. Yet these communities are often treated as the problem for the spread of the infection as well.

How do you defeat either? There is a surprisingly common solution to end both in democracies. To get out of the pandemic properly, each country needs to go past herd immunity, i.e., when over half of the country’s population is exposed to the virus. How weirdly similar is it in a democracy, where fascism can be defeated once over half of the population bands together against it?

How do you stop both from cropping up again. Unfortunately, with the way things are going about, global warming will lead to higher probabilities of either of them cropping up once again and devastating our societies. There may be many more similarities and some differences. Please let me know down in the comments if you could think of one that I have not mentioned!

I’m only speaking from a UK society perspective as I can imagine your inspiration is a lot from an Indian context, so just note that first!

I guess I would draw the parallel between the two as being both have a lack of focus on the real core issues i.e. fascism is given rise in deprived social economic contexts and (in my opinion) in an increasingly consumer/capitalist world which benefits the few to an excess, and that excess is felt as a deficit for all others. There are real sentiments, fears, struggles behind these right wing extreme movements, but the majority of governments are following a capitalist economic growth agenda, which does not include the voices/experiences of those struggling at the ‘bottom’ and these people are often constantly destabilised and abused by society / government – this is very clear with the working class in the UK at least, who have been completely let down by the standard political parties, and are also in the UK living in cycles of poverty, unemployment, lack of opportunity, societal rejection, family upheaval.

Likewise no one is speaking about the origins of the virus, which is that it came from our INSANE meat producing industries and that there is an urgent need to address how we produce meat!!! (I struggle with the fact NO ONE is addressing this), and also that the death rates are pretty much felt by individuals already struggling with obesity/diabetes/other health issues- clear evidence we have hugely unhealthy populations, and individuals prone to any disease and virus to come. The focus again is never on the real issue, and here again is not on preventative measures such as addressing how we produce meat, or even eat/live, ( i.e. our food unless its organic/local/fresh/whole-foods is pretty much destructive for our bodies/environment, and away from excessive consumption in general) and that is the desperate issue here.

Similarly with fascism, societies are not looking at the desperation that turns people to these sorts of ideologies (sake with isis for example and other extremities in my opinion) we are unable/unwilling to look at the real core issues in society, but simply follow futile policies on how to offset/hide/ or deal with the ‘symptoms’.

I also disagree with the point that ‘democracy’ defeats facism i.e. people voting for different parties in elections, I think quite the opposite it drives it underground and the real frustrations and struggles that these people are facing are not addressed, and this manifests in violence. I think polarisation, other, de-platforming, can be just as dangerous, and we need to be looking at how to give space at these experiences and struggles and come to conclusions as a collective society.

Just like herd immunity won’t help with virus in general, it may help with specifically corona, but it won’t help the other virus/health issues that will continue to emerge and magnify, as none of the core issues are addressed or changed.