Rating myself on the Authoritarianism scale 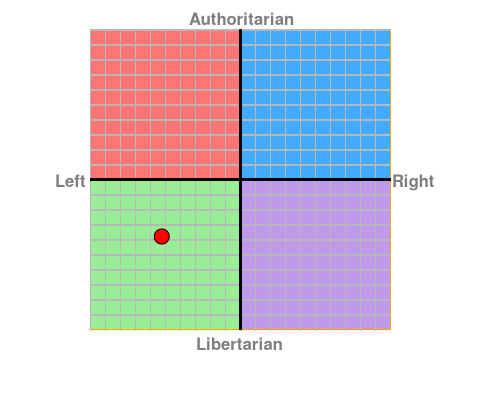 After a deep conversation with a friend about right wing authoritarianism in India, I was surprised to see that she leaned towards the right wing ideologically. This led me to think if she is an odd one out or if she represented a silent minority. I quickly dropped a poll on my Instagram on who supported the Indian farmers’ protests and who didn’t. A tenth of my followers responded to the poll and a tenth of the voters were against the protests.

My score was 27.27% where the higher you scored, the more right-wing authoritarian you were. Now the test misses out on two points, one is the slight lack of diversity of questions and two is the concept of the left wing authoritarianism. I couldn’t do anything about first part but there is plenty of study on the second bit. What is left-wing authoritarianism? In simple words, if you would prefer a secular non-democratic country that gives a safe space for all minorities (but restricts other freedom) rather than an almost dysfunctional democratic state that viciously targets minorities, you might have to rethink how authoritarian you are. Till date, the idea of connecting personality with authoritarianism continues to spark controversy with a lot of political influence and bias on the research space.

A linear scale is thus not enough for measuring the political alliance of a person. We need a two-dimensional political compass test. After spending a few minutes on the test, I got my results. I was moderately leaning towards the left-wing and libertarian perspective. This is a space I am comfortable with, although a good number of my entrepreneur buddies lie on the right side of the scale.

If we talk about right-wing authoritarianism on the European scale, the Economist’s Democracy scale is not exactly useful. Above, we have a chart on the percentage of votes won by the nationalist parties within the EU member countries. We can only measure democratic countries in the world through these means. For example, the nationalist party BJP won 37.5% of the share of votes in the latest Indian elections. To identify the non-democratic ones, the Democracy scale is quite a helpful tool. So go on, see how your country fared and how you can improve the current state. Also, do let me know how you fared on the personality tests!