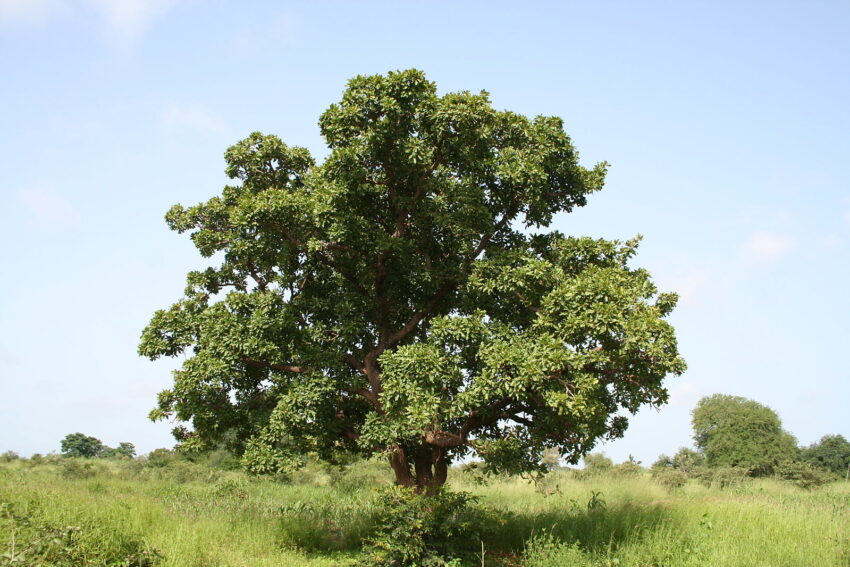 July 16th is the World Shea Day, celebrating a tree unknown to many of us- yet supporting a sizeable chunk of a continent’s population. The Shea tree is a traditional African food plant that can bear nuts for up to 200 years. It grows naturally in the dry Savannah belt of Western and Central Africa. In this article, we will be looking at its potential, what we stand to lose from its declining population and how to fight back!

While the Western world looks towards Shea butter as a cosmetic product, the tree offers nutritious food and medicines to local populations in Africa. It is a resilience-builder against the climate crisis by absorbing over 1.5 Million tonnes of CO2 every year. Every tonne of shea kernels produced has a potential of removing 8 tonnes of CO2 in the air! Shea trees grow naturally on these landscapes creating an agro-forestry Carbon sink while bringing economic value for the locals.

In many parts of Africa, indiscriminate clearing of land for agriculture and unsustainable tree use has led to a loss of over 8 million Shea trees every year. This means that the livelihoods of millions of women who depend on the shea tree, a billion-dollar carbon-positive economy and a heritage to the people of Africa are all at the same time at a risk of being wiped out. This is where community-based eco-friendly economic systems come to life and support the people and nature simultaneously.

As you may have already known, I am a part of Extinction Rebellion Muslims, now a global environmentalist platform. One of our star members, Mustafa Gerima, a biology teacher based in Yumbe, Uganda, has been a vocal activist for the tree species and has cited the International Shea Day to plant over 100 trees on the same day. It costs 10 dollars to plant the sapling and nurture it until it can fend for itself. How can you join the movement and plant a tree with us? Please follow the link below! I have also shared a UN video on Mustafa’s fight for the Shea tree..