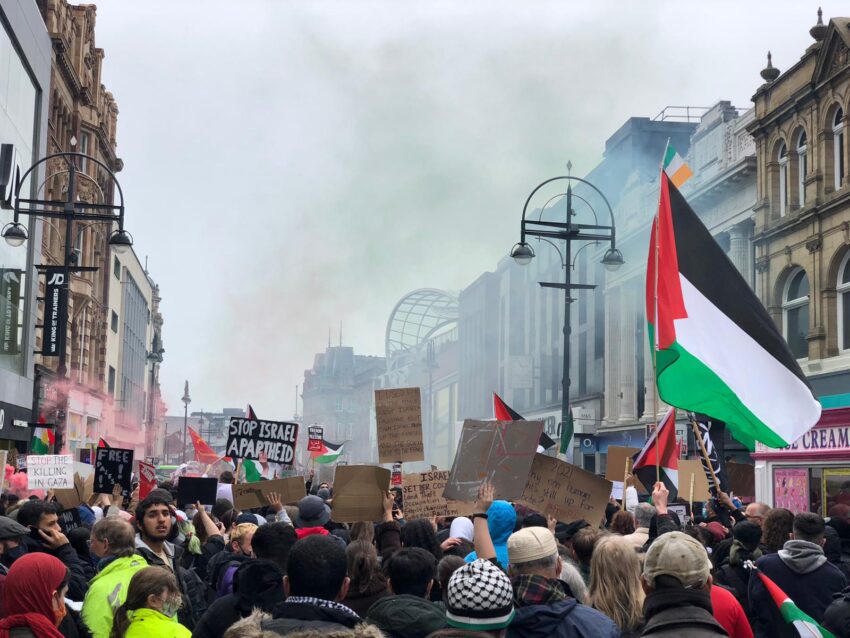 War engulfs the land of the Philistines,
A land under duress, distress and destruction,
Both sides fighting for the sake of their ancestors
And their homeland, the promised land, Canaan.

What do I know about occupation, one might ask, and to them I say,
I come from a land once occupied and my grandpa’s stories eerily
Akin to the story of a Palestinian. And the story of Palestinians under Israel
Akin to that of Israelites under the Pharaohs.

Some in the world pick sides, with the occupier
Their right to self-defence, they call it. To them I ask,
Do you grant the same right to the occupied?
Oh Israel, look at the sixth commandment for god’s sake
And then look at the 170 Palestinians killed last week- forty one children.

Yet some in the world allow Hamas to retaliate with wandering missiles,
Their right to self-defence, they too call it. To them I say,
Look at Quran for god’s sake, did our beloved Prophet allow you
To kill the ten civilians in Israel- two children?

Oh, don’t you dare equate the two!
Who is expanding their territory, who thought they could simply
Throw out families from their homes, creating refugees every morning?
The struggle between the powerful and the Powerless
Remain just that- an unfair struggle. I am one of the many
Who side with the Palestinians, for we believe,
When Justice prevails, so does peace,
Extremism then recedes into the oblivion, like it never existed.