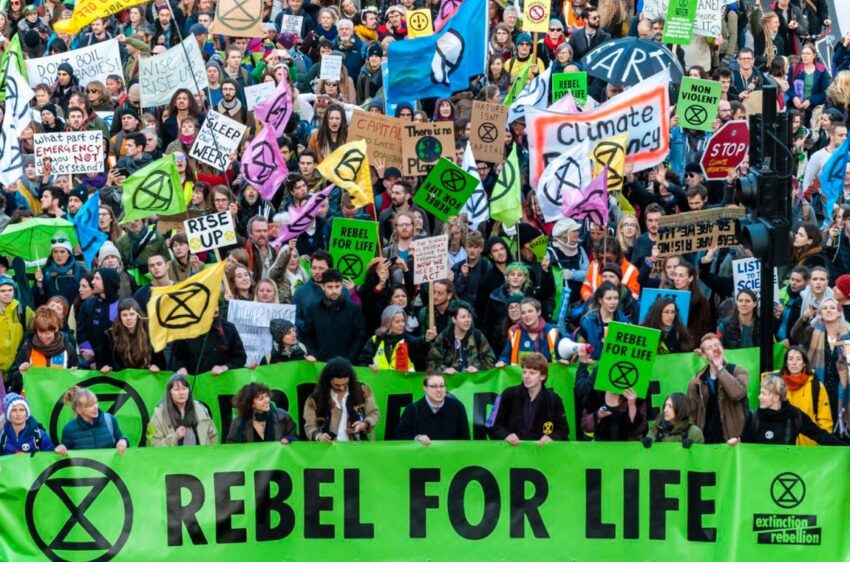 Climate science is seen as one of the most critical research spaces in today’s world. Climate activism is often seen as the ultimate struggle that follows science and hard facts. Recently, an article on Physics World caught my eye. It was talking about how climate scientists in the UK were facing the dilemma of climate activism. As movements such as Extinction Rebellion (XR) and School Climate strikes gain momentum around the world, the scientists have been stuck between continuing to remain a neutral entity that publishes hard facts and voicing out their concerns on these platforms.

The broader climate activism has had great public support in the past. I would argue that XR has successfully established the idea of a climate crisis instead of climate change. The truth is that we are in the midst of a climate crisis that might see our planet warm by around 3 degrees by 2100 with the current set of policies. Just having a look at the IPCC 1.5 °C report gives you the grave picture when our world warms by a meekly 0.5 degrees Celsius. So yes, science says the crisis is real. What is stopping some of the climate scientists from powering movements like XR?

Beyond the dilemma we described earlier, climate scientists have other concerns about XR. The distinct lack of scientist voices in the movement means that there is generally a quite low level of understanding of climate science and the climate politics around it and a proliferation of a lot of alarmist misinformation. The extent to which people in this movement are motivated by accurate facts (often boring) and how they might be motivated by more extreme, likely false, claims. The unwanted panic created by the misinformation can lead to further fatigue in the activists who are already stretched thin by the pandemic and recent funding issues. As a member of the movement, I think that the movement is has a lot of struggles within as well. The question on whether XR should move the Overton window through extreme actions by a few or broader participation by the many still haunt activists.

XR is still doing more good than harm for the planet and building a discourse on climate activism however they might end up doing it. I am often inspired by the creativity that many of these activists showcase leading to more frequent newspaper articles on their actions. Whether they are portrayed as the bad actors or the good ones, whether one agrees with their methods of activism or not, they are able to spread awareness on the various challenges we face as a civilisation within such a short period of time.

At the end of the day, like it or not, they are the only ones in the town with such a great grassroots involvement and focused on our environment. They offer a safe space for grief and remorse within the environmentalist community. I find their regenerative practices to be far ahead of the curve and potentially help refuel the activists play the long game as I see us fighting climate crisis for the next 100 years and beyond. There will be more Trumps, more wars and more ideological conflicts during this time but what gives me hope is the vision of XR as a movement of movements and their desire to learn what is wrong and improve in every way possible. So if you are a believer in science and want to be a force for good, join your nearest XR community!