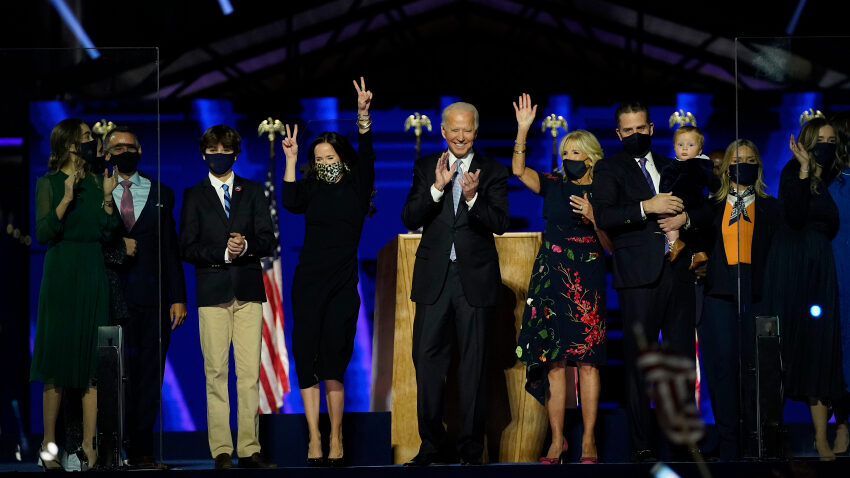 What defines a historic moment? When does reality morph into a legend? I have always been a little bit jealous of our forefathers who have been through the world wars and the freedom struggle in India. It felt like I lived in a boring world where “Laurel or Yanny” was the rage of the day. But then came Covid-19. It altered the life of every single human being on the planet- for good or for worse. One might ask, “Naseef, what is good about a life-threatening disease?” My answer is, “Look at the US elections!”

The race to the White house has garnered attention from all corners of the world and for good reason. The shockwaves of the results would be felt far and wide. From the sinking islanders in the Indian Ocean to the beholders of the Good Friday Agreement in Ireland can relax a bit as Biden is set to bring Obama-era diplomacies back to the international stage. Meanwhile the war hawks in the Middle East and the Brexiteers of Europe may have to alter their strategies that were custom-built for Trump presidency.

It took a massive pandemic with hundreds of thousands of deaths on the American soil and an ensuing financial crisis to bring down the Trump wagon. I am not saying that the BLM protests and the deeper grassroots level campaigns played no role in kicking Trump out of the Oval office. However, I believe it is the high unemployment rates and concerns for the economic future of the country that led to almost half of the population cast their votes in. The ones who voted for Trump did it for the sake of lower tax regimes and a business-friendly economic recovery while those who voted Biden wanted heavier tax regimes on the rich and a better base line support for the misfortunate, and more importantly, a break from the presidential drama.

Now that Biden is to take up the throne, it is definitely not an easy ride for him. The already frayed American leadership in climate change negotiations became non-existent as Trump pulled out of the Paris Agreement. The reigns were then taken up by Europe and now by China who declared carbon neutrality before 2060. The massive trade and sanctions game of chicken may have won America some financial benefits but it lost respect from its peers. Can Biden earn back the lost trust without going back on the economic benefits these sanctions brought to the country? For instance, the high steel tariffs on imports from Europe and Canada helped the local economy (to an extent) but distanced the allies.

The biggest challenge for Biden-Harris presidency is China. As the dragon woke up from its deep slumber, it has become increasingly assertive within and around its borders. Issues such as the Uighur interment camps, the democracy of Hongkong and the sovereignty of Taiwan will come to the limelight once again. How can Biden retain the American superpower status and maintain its supremacy in vital fields like technology while avoiding a gruesome war scenario with the biggest rival it has ever faced? Will he continue with the Cold war playbook of disentangling the economies by further sanctions on Tiktok, Huawei, Wechat and the Chinese government or will he look towards diplomacy and work with China on the differences?

Many of these problems were not created by Trump, they were exacerbated by him. The underlying problems are a major headache to anyone in that position- Trump or Biden. Team Biden has some difficult choices and sacrifices to make while he regains the lost trust in the “Leader of the free world”. He has to do all of this while healing the deep chasm the election has caused in his country.