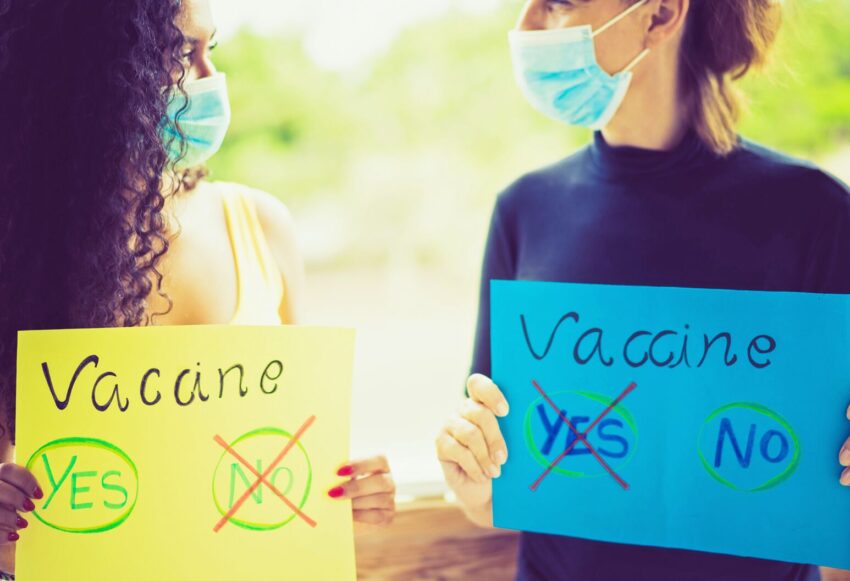 Recently, I saw a strange post on the XR chat group I am a part of (XR is a group of climate change activists) and it was an array of links to YouTube videos that talked about the problems with vaccines. While the majority was quick to dismiss the notion, there was a surprising minority backing the message. Why was it surprising to me? It is simply because the entirety of environmental activism relies on scientific data to push for government reforms.

What has resulted in the anti-vaxxing movement going mainstream? The generations of evangelist movement in the US might play a factor here but the highly politicised vaccine game played during this pandemic with the West vs East camps casting doubts on the opposite side’s vaccine efforts led to the vast amount of fake news on the internet. The governments began rushing their vaccination efforts before science had a system in place to prove the efficacy of the products. India, China and Russia have already started approving and rolling out vaccination programs before the phase 3 testing results of their indigenous vaccines came out. This exacerbated the doubts shadowed on these not-so-transparent programs.

Many people here in my Indian hometown has begun treating Covid19 as a common fever. In a way, I agree with them as that is the only way for a developing country to get through Covid19. People here can’t afford a stay-at-home order unlike the developed nations of the East and the West. A lockdown in South Asia or Central Africa would mean that the majority of the population lose out on their daily wages in the informal sector. We know very well how devastating India’s previous array into a lockdown has been.

However, today we are talking about something else. The massive growth in popularity of anti-vaxxing means that there is a potential for further growth for the climate deniers and beyond. There was once a time when the one who talked about these conspiracies at family dinners was your strange uncle. Today it is vouched for by health practitioners and community leaders.

When the world dives further into the splinternet with competing views on contentious issues, fake news is about to get a whole lot stronger. Our sustainability is at stake here. Our sustainability is our survival. It is upon us to work out with the internet giants of today on how the fringes must stay in the fringes. The sooner we deal with this, the sooner we can go back to focusing on other contentious issues that plague the world.